Introduction to HIV and AIDS

HIV is an acronym for Human Immunodeficiency Virus—an infectious disease that damages the immune system, and in turn, decreases the body’s ability to fight off other diseases and infections effectively. First discovered in 1983, this life-threatening infection has spread at an astounding rate affecting people across the globe.

As of yet, there is no cure for HIV. It can be controlled however. With the proper administration of antiretroviral therapy drugs (discussed later) and continuing prevention practices, an infected HIV person can prolong their life dramatically.

Once a person gets HIV, they have it for life. HIV in its highest form is AIDS.

AIDS is short for Acquired Immunodeficiency Syndrome and is representative of the advanced and third stage of HIV—the most threatening level when cells are impaired or simply die in the immune system at a progressive rate. By this time, other infections and diseases have attacked the body causing it to struggle even more.

When the immune system is “deficient” of its normal functioning, people become much more vulnerable to disease and infection by organisms such as bacteria and viruses. Thus, in the advanced stages of HIV, many infected with the virus contract a number of new infections, creating a more complexed condition.

When HIV evolves into a multitude of diseases and infections, the disease is labeled as AIDS. This means that a group of symptoms are occurring together, and such grouping of symptoms is referred to as a “syndrome.”

AIDS is an acquired disease and the only way to be infected is by the infection entering the bloodstream. It is not hereditary, nor is it passed by casual contact with another person.

Antiretroviral drugs (ART) was introduced in the mid-1990s as a means to treat HIV. Prior to that, people could progress to AIDS in just a few years. If an infected HIV person is diagnosed early enough and treated before the disease is far advanced, one can live nearly as long as someone who doesn’t have HIV.

The Infection In Action

HIV is a blood-borne pathogen that must have access to the bloodstream for a person to be infected. When HIV enters the bloodstream, it zeros in on white blood cells called lymphocytes—cells essential to fight off disease- causing organisms such as viruses and bacteria. These cells are often referred to as “T-Helper lymphocytes” and are sometimes called T, T4, or CD4 cells. If an HIV infected person goes untreated, the number of CD4 cells reduce in the body.

Along with this reduction of lymphocytes, the production of antibodies reduce as well. Antibodies (also known as immunoglobulins) are blood proteins produced in the immune system by lymphocytes. They play a major role there and have the ability to terminate foreign invaders that attack our bodies, like the measles and polioviruses. They are our pathogen destroyers and bind directly with intruders to prevent them from damaging our healthy body cells. In the case of an HIV infected person, whose immune system isn’t working properly, the ability to create sufficient antibodies to fight off infection becomes severely diminished.

After a period of time, these T-Helper lymphocytes are very few in the immune system, and antibodies just as few, and the risk of getting “opportunistic” infections or cancers increases. Once those other infections start to double up, then triple, advanced HIV signals in, or rather the stage known as AIDS.

How HIV is Classified:

When a person is a confirmed case of HIV, there are actually five stage classifications (Stage 0, 1, 2, 3, and Unknown), yet there are only three main stages that can measure the important CD4 cell count—the determining factor for HIV progression. 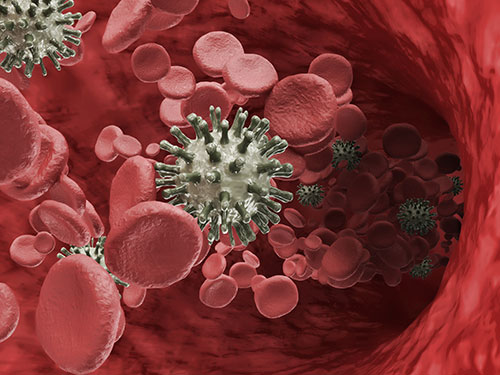 When a person has been diagnosed with HIV and has a negative HIV test within 6 months, that person is considered to be in a Stage “O” of HIV until six months has passed from their first diagnosis.

The Main Stages of HIV:

Diagnosis of AIDS is determined by CD4 cell counts dropping below 200 cells/mm or the development of opportunistic illnesses. These are infections or cancers occurring due to an impaired immune system. Examples of opportunistic infections that might arise are Kaposi’s Sarcoma, Toxoplasmosis, or Cytomegalovirus. The most common and a leading cause of death for the HIV-infected person is Pneumocystis Pneumonia (PCP).

When test results do not coincide with the first, second and third stages of HIV, such as missing information from the CD4 test results, the stage of HIV is considered “Unknown.” 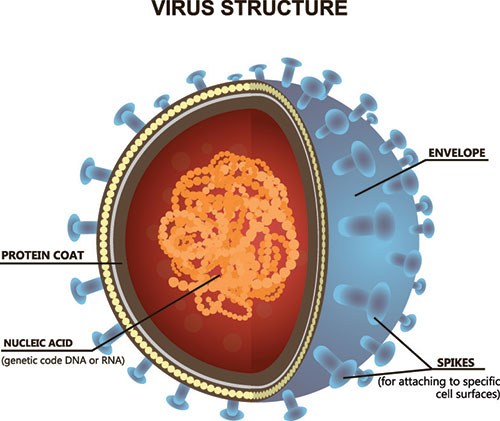 The origin of HIV was not discovered for more than a decade following the first case of HIV. Researchers from all over the world teamed up to find the virus’ original source and in 1999, reported their findings. They found that HIV 1—the predominant strain of HIV—originated in a subspecies of chimpanzees living in west equatorial Africa. Theory has it that hunters were first introduced to the virus when exposed to the infected blood. Later, through genetic information, the virus was further traced to have passed to its first human being within the first two decades of the Twentieth Century.

The spread of HIV has since migrated due to travel, warfare, sexual practices, drug use, and a variety of other economic movement affecting on a global level.

Although HIV is said to have started in the United States in the 1980s, the fact is, the U.S. only became aware that the fatal infection existed. It was then that a new health condition was officially recognized.

The first cases of rare diseases began showing up in 1982, and these were among gay men in New York and California. Such diseases as Kaposi's Sarcoma (a rare cancer) and a lung infection called PCP (PneumocySTIs Carinii Pneumonia) began revealing themselves on tests. Why these cancers and opportunistic infections were spreading, no one knew.

The disease was first labeled by people with all sorts of names relating to the word “gay.” Around mid-1982, it was realized that the infection was spreading quickly and among other populations, such as hemophiliacs and heroin users. In September of 1982, the term “AIDS” was born.

There are numerous strains of HIV as this highly variable virus mutates readily and rapidly. One person infected with HIV can have several types of strains within their body. Classified into types, groups and subtypes, the two primary strains are HIV-1 and HIV-2. HIV-2 is not as common a strain and mainly concentrates in West Africa. In fact, it has rarely been found elsewhere.

HIV-1, the major strain worldwide, is specified as HIV for the general virus. Both primary strains are transmitted through blood and other bodily fluids that are HIV friendly (semen, vaginal and cervical secretions, rectal secretions and breast milk). HIV-1 and HIV-2 both cause AIDS.

As each strain has several subtypes, the probability for more HIV subtypes to evolve is high. HIV testing is presently capable of detecting all known subtypes of HIV, as well as the two primary strains.

Who is at Risk?

The study of incidences and the distribution of disease in populations throughout the world is called epidemiology. Included in such research is discovering the influencing factors behind a disease and controlling it before it becomes too incontrollable. One area of study for the epidemiologist is to seek out answers as to why a disease is prominent in some groups more so than others are.

In 1981, the first case of AIDS was recognized in the United States. The first report of AIDS in Washington State happened in 1982. The number of cases have devastatingly increased with rapid speed. HIV has proven to have no bounds and people of all races, ethnic backgrounds, genders, and income levels have contracted the disease. Exposure to the virus can infect anyone through occupational or non-occupational risks. There are geographical areas in the world where HIV disease is projected in greater numbers, and as with any disease, certain other factors can significantly raise one’s risks for getting HIV.

The U.S. Centers for Disease Control and Prevention (CDC) estimates that an American has a 1 in 99 chance of contracting HIV in their lifetime. That risk is raised for those living in the South. Other areas at highest risk in the U.S. include Washington D.C., followed by Maryland, Georgia, Florida, Louisiana, New York, Texas, New Jersey, Mississippi, South Carolina, North Carolina, Delaware, and Alabama.

The most affected region on a global scale is sub-Saharan Africa, where approximately 25.6 million people live with HIV (2015 statistics). This region also accounts for two-thirds of the global total of new HIV infections.

Today, with 36.7 million people living with HIV worldwide, as of June 2016, only 17,000 are receiving antiretroviral therapy to treat HIV. Often diagnosed through rapid diagnostic tests (RDTs) that reveal the presence or absence of HIV antibodies, people can now receive results in the same day, which is vital for early diagnosis so that treatment and care can begin as soon as possible. It is through these improved prevention methods that have assisted in lowering the disease’s fatality rate.

It is estimated that one in ten people living in Washington State are unaware they have the virus. In the whole of the United States, that ratio of unawareness extends up to a quarter of the population in the country. That means that people have not been tested for HIV. Nor do they realize they have the infection and can transmit it to others. As stated previously, symptoms of newly infected people may or may not have symptoms, or will present only flu-like symptoms for a brief time. Afterwards, people infected can look and feel completely well for as long as a decade. Yet infection is dangerously contagious during this latent/asymptomatic period.

HIV cases are reportable to the Washington State Department of Health and have been required since the fall of 1999. AIDS cases have been reportable since 1984. For more in-depth information about the legal requirements of reporting HIV & AIDS, see Section 5 of this course.

The identity of persons reported to have HIV or AIDS are protected by state laws. Breaking these laws may result in legal repercussions and large fines. Records belonging to HIV infected people have a higher level of protection than other health records. To have access to these records, one must be a health provider of HIV medical care or authorized person, and the use of information must be used for a specific public health purpose. Physical and electronic records are protected to prevent them from being improperly disclosed. Special training as to how they are to be safeguarded is given annually to those who have access to them.